Where do students pay the highest & lowest rent in the UK

As fun and educationally rewarding university can be, there’s no doubt the experience can be expensive. Keeping up with tuition fees, social gatherings and general living expenses can leave a heavy dent on bank balance – One of the biggest expenditures… RENT!

Although there has been some reprieve with the letting agent fees ban, rents are increasing year on year.

So where do students spend the least on rent? Then on the other end of the scale, where are students paying the most? 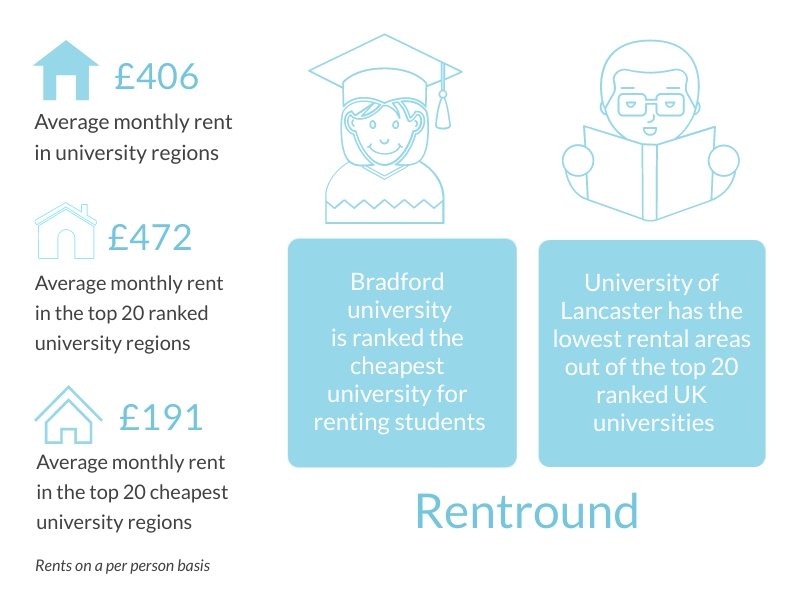 As the nation attempts to get back to some sense of normality post the worst of the Covid-19, students are now heading back to universities to kick of a new academic year.

We’ve created a list of UK universities/undergrad colleges and what the average rents students can expect to pay.

Students at Bradford are getting the cheapest rent levels, closely followed by its North East counterpart Teesside University.

At number 20, University of Leicester students are paying some of the lowest rents in the country, although on average they’re paying 55% more than students at the lowest paying rent students in Bradford.

Of course every student’s situation will differ; some may live further out from their university taking advantage of potentially lower rents, some choose to live in student accommodation (usually the most expensive, but also usually the most fun!) while others decide to house share.

The rents shown in the tables below are based on average rent charges in close proximity to the university (the university and adjacent postcodes).

The top 30 most expensive universities to rent at are central London based establishments.

The SW7 postcode, filling up the top 4 postcodes is no surprise. We talked about rental yields & property prices previously, which identified SW7 as the most expensive postcode in the UK on average to buy a property, at a whopping £2,163,488.

Outside central London universities, University of Surrey & University of Brighton fill the first 2 spots where students pay the most rent, taking up places 31 & 32 in the overall list.

Top 20 universities in the UK & their Rental amounts

So where in the country will the clever clogs, going to the best ranked universities, pay the highest and lowest rent?

In the top 3, Oxford & Cambridge are priced appx 50% less than third placed Imperial College of Science, Technology and Medicine (that SW7 postcode again!)

Landlords looking to maximise their rental returns often veer towards HMO properties. A HMO property provides an average rental yield of 6.3%, as opposed to the market average of 5.5%, according to data from the Buy Association.

Landlords looking to run a HMO property often turn their attention to areas with a high student population. The yearly intake of students usually provides a strong pipeline of tenants to fill HMO properties.

Therefore, although it’s been a bumpy year for university enrollments due to the Covid pandemic, and enrollments aren’t rising as fast as the last 2 decades, the future intake of students seems stable for the years to come. 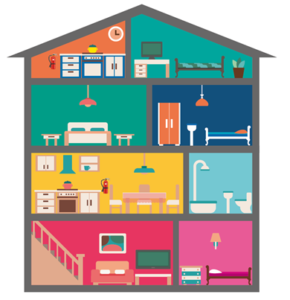 However, there are some potential issues with HMO properties and student tenants. The surge in HMO properties has led to a number of councils looking to implement a HMO clampdown.

“Issues arise from depopulation over the summer period, noise and disturbance, pressure on refuse storage, car parking and services, as well as the detrimental visual impact caused by the display of a significant volume of ‘To Let’ boards,”

“Student HMOs also remove family homes from the housing market and by constraining their further growth we will retain a good balance of affordable accommodation.”

With councils increasing restrictions on HMO licencing, whether it’s making it difficult to get a HMO licence or implementing tougher requirements for existing licence holders, landlords need to overcome more hurdles to reap the yield benefits of HMOs.

* Average rent per person based on average rents in the relevant postcode, divided by 2.95 (the average number of bedrooms in a UK property)